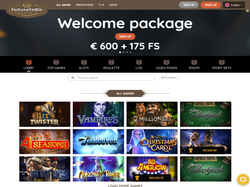 The Rise of AI

Elite of Evil: Portal of Gold

Support  - support@fortunetowin.com
Support Option  -  E-mail Entry Form, and Live Chat.
Errors/Omissions? If there are any inaccuracies in our data, please Let Us Know!