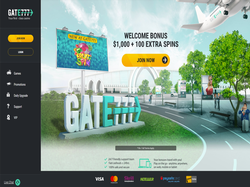 All welcome bonuses are credited automatically upon first deposit of €20 or more.

* The 100% 1st deposit bonus is strictly for new players. Deposits made via Skrill or Neteller are not eligible for the welcome bonus and if taken, any winnings will be confiscated. T&C's Apply, 18+, Due to UKGC legislation: UK residents can no longer use credit cards to fund their accounts. Gambling Can be Addictive, Please Gamble Responsibly, BeGambleAware.org