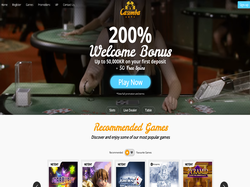 Fire in the Hole

Support  - support@casimba.com
Affiliate  - contactus@ivyaffiliates.com
Support Option  -  Live Chat.
Errors/Omissions? If there are any inaccuracies in our data, please Let Us Know!