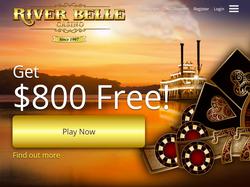 Rage of the Seas

Top 10 online jackpot wins of 2020
14 Dec 2020
As we approach the New Year, we take a look at 10 massive jackpot wins this year that took place at online casinos. read more

Casino City’s Friday Five: Starting to reopen edition
15 May 2020
Many gamblers have their eyes set on Las Vegas for when casinos begin to reopen. In the meantime, other U.S. states are making great strides and started welcoming back guests. read more