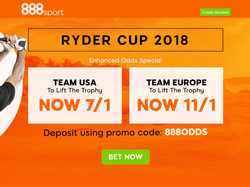 888 Sport is an online sportsbook also offering esports, live/in-play betting, other games, racebook, and virtual sports using GoldenRace, Inspired Entertainment, and Kambi software It is one of 113 online gaming sites owned by 888 Holdings Plc. The site's primary language is English. A download is not required to place a wager.

Register & login to 888sport and make your first deposit with promo code fb30.

888sport extends agreement to sponsor the National Football League
5 May 2022
The sport division of 888 Holdings announces it has agreed a new sponsorship agreement with the NFL to continue as its official sports betting partner in the U.K. and Ireland until 2025. read more

888 launches under a local licence in Ontario, Canada
4 Apr 2022
The online betting and gaming company is pleased to announce that it has launched its 888 Sport, 888 Casino and 888 Poker brands to players in Ontario, Canada. read more