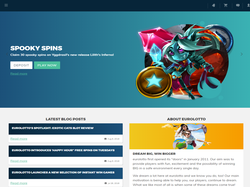 * T&C's Apply, 18+, Due to regulative government legislation: UK residents can no longer use Visa and Mastercard credit cards to fund their accounts. Gambling Can be Addictive, Please Gamble Responsibly, BeGambleAware.org

XCaliber unveils Responsive Framework
5 Feb 2018
The company, part of Cherry AB, has revealed a solution that enhances the omni-channel experience for both operator and end-user. read more