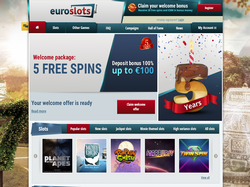 * Welcome Offer is only available on your first deposit. Offer expires 14 days of having been credited if wagering requirements have not been met. Wagering requirement 45x (Deposit + Bonus). Bonus not availalbe by making a deposit via Paysafecard, Skrill and Neteller. T&C's Apply, 18+, Please Gamble Responsibly

Pearl of the Caribbean

Cherry iGaming granted U.K. gaming license
11 Nov 2016
PlayCherry, a subsidiary of Cherry iGaming, has received a local license from the U.K Gambling Commission and will offer its products to the U.K. market. read more