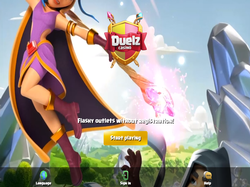 John Hunter and the Aztec Treasure

Red Tiger Gaming signs SuprNation deal
26 Mar 2019
Titles such as Thor's Lightning and Pirates' Plenty: The Sunken Treasure will be made available to SuprNation's casino brands, including Duelz. read more