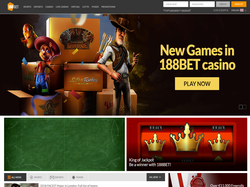 Medusa: The Curse of Athena

Other sites owned by Cube Limited include InfiniWin, and VegasCity78.