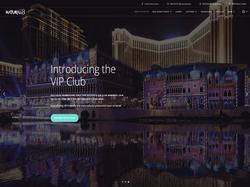 Natural8 is an online poker room also offering baccarat, live dealer games, other games, and roulette using GGNetwork software licensed in Cagayan Economic Zone and Free Port. It is owned by Forrest Vale Limited. The site's primary language is English. It supports both downloadable software and the ability to place a wager without a download. Natural8 runs on the GGNetwork.