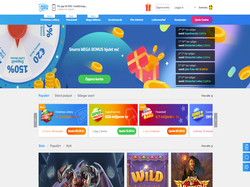 The Asp of Cleopatra

Multilotto goes live with Pragmatic Play
17 Sep 2019
This new collaboration will give Multilotto players the chance to play Wolf Gold and Da Vinci's Treasure, together with a host of live casino games. read more