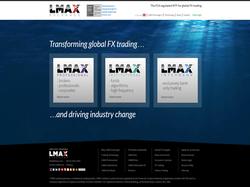 LMAX is an online forex site using MetaQuotes and proprietary software It is owned by London Multi-Asset Exchange (Holdings). The site's primary language is English. It supports both downloadable software and the ability to open a position without a download.