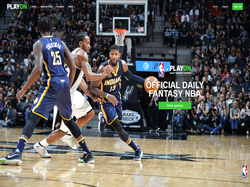 PlayON is an online fantasy sports site It is owned by Tradeplayer Limited. The site's primary language is English. A download is not required to place a wager.

Info  - info@playon.co
Errors/Omissions? If there are any inaccuracies in our data, please Let Us Know!