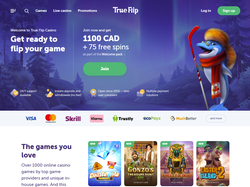 Miles Bellhouse and the Gears of Time

True Flip announces a new tournament on Crazy Mix
19 Nov 2020
Tournament points are scored based on every bet-to-win multiplier in every spin. The more points you accumulate during the tournament, the bigger chance you get the top prize of the €2,000 prize pool. read more