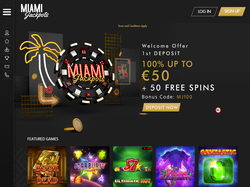 * First Deposit Only. Min. deposit: €10, max. Bonus €50. Game: Book of Dead, Spin Value: €0.10. WR of 30x Deposit + Bonus amount and 60x Free Spin winnings amount (only Slots count) within 30 days. Max bet is 10% (min €0.10) of the free spin winnings and bonus amount or €5 (lowest amount applies). Spins must be used and/or Bonus must be claimed before using deposited funds. First Deposit/Welcome Bonus can only be claimed once every 72 hours across all Casinos. Games are subject to availability Bonus Policy applies. T&C's Apply, 18+, Due to UKGC legislation: UK residents can no longer use credit cards to fund their accounts. Gambling Can be Addictive, Please Gamble Responsibly, BeGambleAware.org

15 Crystal Roses: A Tale of Love

Get the Gold Infinireels

The Bandit and the Baron

Royalbet launches on SkillOnNet
17 Dec 2019
This is the latest online casino to opens its doors to players in the UK and across Europe using SkillOnNet’s licensing and compliance protocols. read more

Support  - support@miamijackpots.com
Support Option  -  Live Chat.
Errors/Omissions? If there are any inaccuracies in our data, please Let Us Know!