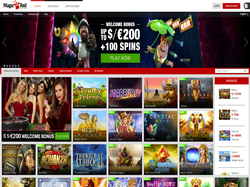 Other sites owned by Aspire Global International LTD include PlayFrank.