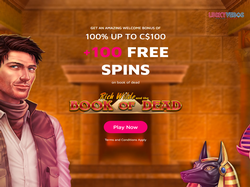 SkillOnNet adds Wazdan to its roster of studio partners
24 Feb 2020
Players at online casino brands powered by SkillOnNet, including PlayOJO, Lucky Niki, AHTI Games and LuckyVegas, will gain access to titles such as 9 Lions, Magic Stars 3 and Larry the Leprechaun. read more