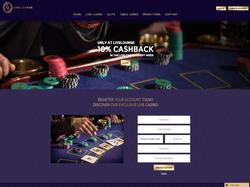 SAM on the Beach

Spiffbet acquires Sir Jackpot and Live Lounge
18 Jan 2021
The transaction means that Spiffbet acquires the rights to the domains sirjackpot.com and livelounge.com with associated customer databases and other intellectual property rights.  read more

Other sites owned by Mozebra Limited include SuperNopea, Wishmaker, Cashmio, and ZenSpin.