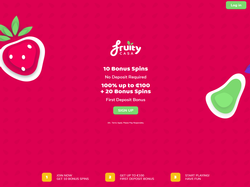 * No deposit spins expire 10 days after release. The welcome offer is valid on 1st deposit only and can only be claimed once. The bonus must be wagered 35 times on real money games before any winnings can be transferred or withdrawn. Deposits made via Skrill or Neteller are not eligible for the welcome bonus and if taken, any winnings will be confiscated. Any remaining bonus funds not used within 30 days after the bonus was granted will expire. Any remaining bonus spins not used within 10 days after release will expire. Promotional and General T&C's Apply, 18+, Please Gamble Responsibly, BeGambleAware.org