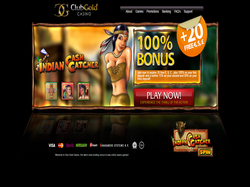 Club Gold Casino is an online casino also offering baccarat, blackjack, other games, roulette, and video poker using Habanero software licensed in Curaçao. It is owned by Shadforth Associates Ltd.. The site's primary language is English. A download is not required to place a wager.