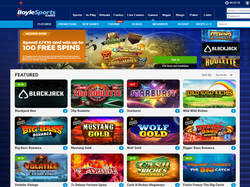 * New Games customers only. Once per player. Opt-in and stake £/€10 cas on selected slot games before 23:59 BST to get 1 spin on Free Spin Wheel within 24 hrs. 3 days to complete. 10x wagering. Game, player and country restrictions. T&C's Apply, 18+, Due to UKGC legislation: UK residents can no longer use credit cards to fund their accounts. Gambling Can be Addictive, Please Gamble Responsibly, BeGambleAware.org

What The Fox Megaways

The Good, The Bad and The Ugly