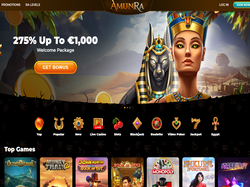 The Story of Alexander 2

24/7 Partners is the affiliate program that represents AmunRa. To find out more about the program visit the 24/7 Partners profile page.
Errors/Omissions? If there are any inaccuracies in our data, please Let Us Know!