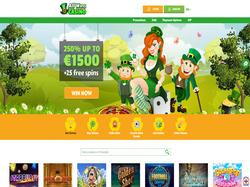 Dawn of the Incas

A Time to Win

Spirit of the Nile

Support  - support@allwinscasino.com
Affiliate  - affiliates@conversionaffiliates.com
Support Option  -  Live Chat, and Phone.
Support Line - +357 220 083 54
Errors/Omissions? If there are any inaccuracies in our data, please Let Us Know!